How to come up with new business ideas

Do you really need to come up with new business ideas for mobile apps, digital products or services? Can you just improve an existing idea? 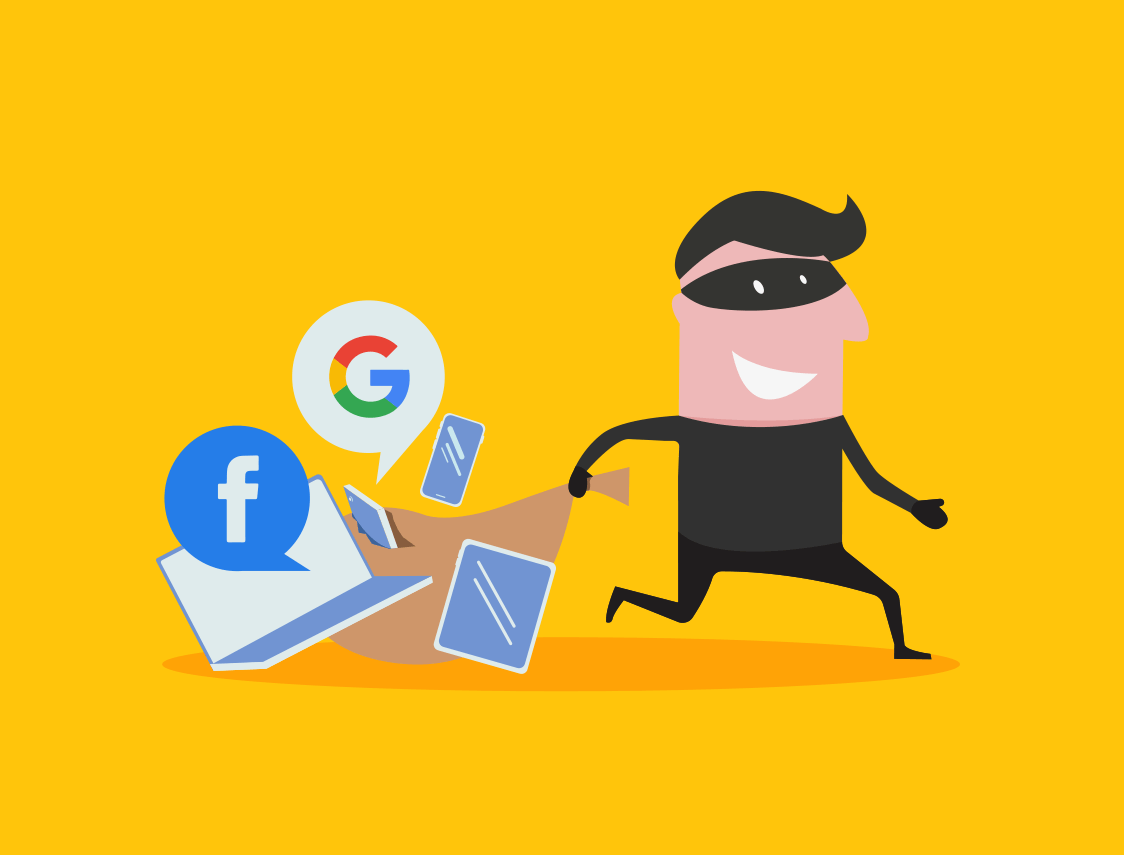 We explore what it really means to come up with new business ideas for mobile apps, games, digital products and innovate businesses, and look at why it might be more sensible to improve an existing pain point.

Back in the 1970s at the height of the hippie counter culture, Abbie Hoffman wrote a book entitled, Steal This Book. Its purpose was to encourage like-minded "free thinkers" like her to go out and steal whatever they could from the society around them. The culture was immoral and exploitive, Hoffman argued, so anything that you could take from large companies and the government was fair game.

We've moved on from such an extreme moral and political outlook, but that doesn't mean that there aren't lessons that businesses can learn from people like Hoffman. While Hoffman's notion that people should steal the property of others outright has gone the way of the dodo, the same cannot be said for taking their ideas.

Want to listen to this as a podcast instead?

Should You Try To Create New Business Ideas?

There's a strong tradition in startup culture that the job of budding business leaders to come up with totally new business ideas. Books on how to start a firm tell founders that their companies have to have a "unique selling point" and do something fundamentally different from what's already out there on the market. Entrepreneurs often go into new enterprises believing that they have to fundamentally reinvent the wheel and come up with new business ideas, providing their customers with a radically new experience that they can't get anywhere else. Only then, the reasoning goes, will they succeed.

The problem with this idea is that it's not true. Many of the most successful companies in the world go to where they are today by looking at where other companies were succeeding and copying them.

You only have to look at how Apple is treated in the marketplace as being uninnovative to see this in action. Every year they refine and improve the products and taking other products such as MP3 players and creating the iPod to huge success.

Another example, Slack, the business messaging app. The developers behind Slack realised that company employees were spending an enormous amount of time communicating with each other over sluggish email systems with poor interfaces. Wouldn't it be better, they thought if they could roll email and instant messaging up into a single app and prevent the nightmare of email overload?

The founders set about building an app that would do just that: make it easy to communicate quickly with one's colleagues. Before long, Slack had become one of the most popular business tools in the world. It didn't reinvent the wheel; it just polished it in a way that made people prefer it.

Spotify is perhaps an even better example because it directly involves the problem of stealing. Spotify got going under the leadership of Daniel Ek in the early 2000s, in the era of Napster. At the time, pirating music was rife. Practically everyone had a Napster account and were downloading music without paying for it.

Napster was, of course, eventually shut down for enabling the pirating of other people's intellectual property and in its place, apps like Spotify emerged. Spotify recognised the appeal of the Napster model, so it immediately looked for legal ways to copy its business model. Ek and the rest of the team soon realised that if you could get people to pay a low fee for music, they wouldn't go to the hassle of trying to steal it.

Thus, instead of changing customers per track, Spotify came to a deal with the publishers that it would offer customers a subscription. The app would then pay a fee to artists to host their music on its platform. The gamble paid off, Spotify's user base grew, and many artists got exceptionally rich as a result. It was a genuine win-win for all people involved. The company is now worth more than $26 billion today.

The Other Problem With Trying To Reinvent The Wheel

The other problem with trying to reinvent the wheel is that it's not particularly practical either. While there are genuinely new, useful and unknown concepts out there that would benefit users if discovered, they are rare. Developers have already created the majority of all of the helpful apps that there are likely to be. The notion that you'll be able to come up with a new one that is novel and original is unlikely.

Can you think of a single product or invention which didn't solve an already existing problem? Even if that original solution wasn't very good. If you think about the car. What did that solve? Speed of movement. Freedom. What did we have before to solve those issues? A horse and cart. And it keeps going back until the beginning of time.

Consumers are very good at telling the market what they want. The more downloads that an app gets, the more people benefit from its services. You might think that having an app that offers something completely original will benefit the world, but it's a gamble, especially when there are data on app stores telling you what people love.

Creating a new app from scratch is also usually impractical. If it's not been done before, there's often a reason. Either it's technically too challenging, or customers don't have all that much use for it. Many of the most successful apps out there today took already-existing ideas, built on them, and made them better.

Facebook was not the first social network. It built on the ideas of social networks going back a decade and just perfected the formula. Now it's worth half a trillion dollars and rising, and is one of the biggest advertisers on the web. YouTube, likewise, wasn't the first video sharing platform - it just did a better job than the competition at the time.

So what does this mean for you as a product designer or product manager of digital products? Essentially, it says that the best businesses thrive by taking well-established consumer desires and packaging them up in a way that makes them more accessible and convenient.

Before Slack, for example, there was email. People could easily spend all day typing messages to each other if they wanted - and they often did. But Slack made the whole process much more straightforward. People no longer had to manage messages, respond to long chains of emails, or copy people into them. Slack turned business communication into one giant Whatsapp experience, and people loved it.

What's so fascinating about the examples that we've discussed here is that none of them was "paradigm-changing." Like a great work of fiction, they each built on the hard work and mistakes of the people that preceded them to offer something genuinely compelling to customers. As a developer, that's something that you should be aiming to do too.